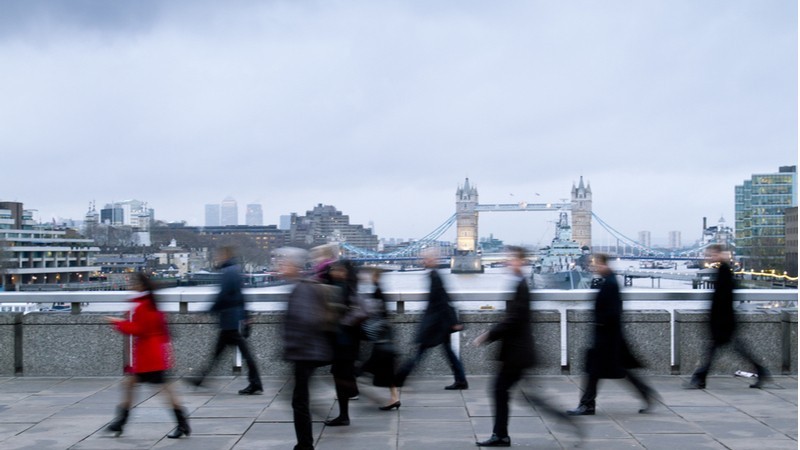 Many corporates of all sizes feel exasperated, but not surprised, by the enduring disruption to business activity caused by the pandemic.

The intensified second wave has perhaps inevitably led to a second national lockdown in England for the coming month and possibly longer.

What is harder to predict is the actual impact on businesses. That uncertainty is driven by the varied health, economic, political and social dimensions that corporates must now plan for in the months ahead against the background of a frequently changing set of rules that seek to manage Covid-19.

With the second wave here, for corporates to survive they have to act pragmatically to manage the coming winter.

There is no visibility on the timing of a vaccine (if a successful one is developed, let alone mass vaccination timetables), or on the return of business demand and the lifting of newly reimposed restrictions, which all adds to the concern about unwinding government support schemes that have been in place to prop up the economy.

The Office for Budget Responsibility’s (OBR) latest July central economic scenario implies GPD growth of 8.8%, 7.0% and -12.4% respectively, in forecasts described as optimistic by the Institute for Fiscal Studies (IFS).

Hoping for the best is not an effective strategy; early engagement on these issues is.

Business planning in such acute uncertainty can appear like a paradox, as famously articulated by US President Dwight D. Eisenhower, who said: “Plans are worthless, but planning is everything.” On the one hand, many sharply contrasting economic outcomes continue to be plausible, which can mean the specifics of planned-for scenarios may prove irrelevant in hindsight.

On the other hand, to throw caution to the wind and make no plans will – for virtually all corporates – drastically reduce survival prospects.

Liquidity forecasting is the first stage in corporate planning for the coming winter. It forms the foundation of more complicated decisions that boards may need to take.

In a nutshell, how long can the business survive before it runs out of cash? What is the minimum revenue required over that period to pay liabilities to ensure survival? How can cash reserves be increased?

For vulnerable sectors, such as retail, leisure and hospitality, these assessments are complicated by regional variations in restrictions designed to curb the spread of coronavirus. Recent consumer spending and sentiment data show a constrained and mixed picture.

UK consumers are the weakest willing buyers among the ‘Big 5’ EU countries, according to the GfK Consumer Confidence Index, driven by impacts of the initial lockdown, anticipated second wave containment measures and Brexit uncertainty.

The indicator showed a modest rebound in September, up 1.5 points to -36.3, while the year-on-year comparison also reveals the UK as the worst performer in Europe.

Once this first-stage liquidity forecasting is completed, boards in some sectors may need to weigh up the trade-off in continuing to run their business on a reduced staff versus mothballing until the spring, reducing product offerings or even seeking new routes to market.

The entrepreneurial spirit and flexibility of many UK businesses is certainly one of the positive stories emerging from the pandemic.

These decisions require detailed analysis of risks, costs and benefits, and the determination will vary widely between peers and across industries. In the leisure sector, pubs have already started shedding jobs and mothballing locations.

Marston’s, the UK pub group, has announced it will cut 2,150 furloughed jobs, almost a fifth of its workforce, citing new government restrictions – including the 10pm curfew – which have caused sales to slump.

Marston’s move came despite the ramped-up support from Chancellor Rishi Sunak which targets companies forced to close by restrictions aimed at curbing the virus.

The scheme will see the government foot the bill for two-thirds of workers’ salaries in sectors like hospitality for up to six months. The government will also pay cash grants, linked to rateable values, to help companies with fixed costs forced to shut by local lockdowns.

Earlier this month, Greene King announced the closure of 79 pubs and the loss of 800 jobs, while Fuller’s, The City Pub Group and Young’s all announced job cuts and Mitchells & Butlers confirmed it is likely to follow suit.

Elsewhere, Cineworld, which operates 128 cinemas in the UK and 543 Regal theatres in the US, is to close all its screens in both countries, citing the delay to the new James Bond film as the final straw in its decision.

All these businesses are likely to need to negotiate with varied stakeholders including lenders to stand a chance of survival.

In the hospitality sector, board decisions are no simpler. Hotels must weigh up what occupancy level they need to meet to make financial sense to remain open; many may look to mothball in the coming weeks and months, but decisions within the sector are unlikely to be uniform.

For a high-end, brand-conscious hotel, the next six months may run at a loss, but it is a cost worth absorbing compared to the reputational brand risk from mothballing. These calculations may depend on whether the hotelier receives a performance-based fee (i.e. on revenue or occupancy targets) or a flat management fee for operating.

These owner-operator arrangements may need restructuring in the months ahead. These kinds of interconnected trade-offs in this uncertain environment appear to crop up everywhere.

Another example is in weighing up spending cash on redundancies, to save on long-term liabilities in a period of depressed demand, with the cost (in time and money) of rehiring staff in the future.

Ultimately, early engagement and consideration and analysis of the situation and the various potential scenarios helps boards make the best decisions in these uncertain times. While the quicker boards settle on their chosen strategy and, once chosen, the quicker this is communicated to all stakeholders – shareholders, landlords, lenders, customers and supply chain providers – the better the prospects will be.

But quantifying all this – making sure all relevant factors are considered – is complicated. It is easy to miss elements with so many fast-moving parts.

Independent third-party advice from advisory firms such as BTG Advisory can enhance business strategy execution and help support the approval process from relevant stakeholders – ultimately boosting chances of surviving and even flourishing.

If any of these issues relate to your business and you would like some independent advice on your options, call us today and let us help you navigate the coming winter.